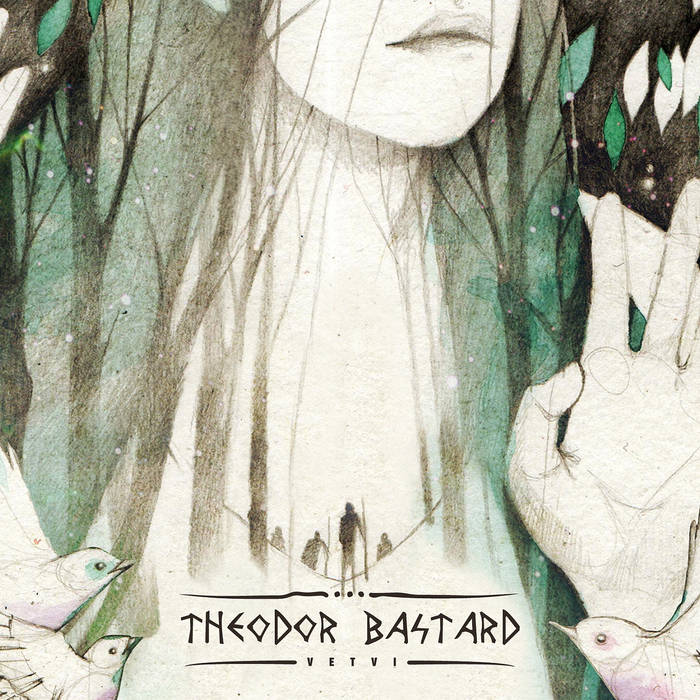 melsapher Like a blend of shamanic rawness and polished talent, their music constantly transforms and they never seem to do the same thing twice. I recognize many diverse influences in their tracks, yet I couldn't really compare them to any other band. Favorite track: Salameika.

violetfire I love when the God-Universe gives me presents like this... Intuition and/or Chance put you in my ears!!! So modern, mystical and beautiful... the perfect blend between intruments, beats and synths... and this voice that sounds like it's directly talking to your soul... such a pity i can't understand the lyrics... A pure must have for me!!!! Favorite track: Niti.

Son of the Morning

New album by Theodor Bastard, one of the most eclectic and mystical bands from Russia. It’s difficult to define the Theodor Bastard style. Musicians skillfully combine different styles, trip-hop and rock. They give amazingly brilliant shows, using all their numerous exotic instruments, from the tibetian horns to jambeys and gusli. Theodor Bastard release their albums not so often, working for months in various recording studios in several cities and countries, searching for the best sound and arrangements. Work on this album took three years with plenty of musicians taking part in it. Among them are the famous buryat singer Namgar Lhasaranova, multi instrumentalist Phillip Barsky. talented Olga Glazova, who plays the world’s largest gusli. Lead singer Yana Veva has reached new heights with her unique vocal technique. Continuing the theme of wanderings, which was the basic idea of the previous album "Oikoumene", Theodor Bastard take their listeners from hot south to the fairy northern lights. "We travel Russian north every year," – says the band leader Fedor Svolotch. – "Now it's time for us to turn to our culture, our country and our roots. There are our places of power, the places where stones and winds are talking to us. New album is a song of the northern harsh nature". A peculiar combination of the archaic percussions and folk instruments was used during the recording. Playing unusual ethnic instruments is still the important part of Theodor Bastard creative process. Russian horn, traditional Mongol violin morin khuur, tibetian ritual horn dunchen, ancient Russian gusli, cajon, vargan, dulcimer (string instrument like citra) – this is just a short list of musical miracles on the album. Tens of musicians were engaged in creating of sound kaleidoscope. That was a serious and laborious work. String instruments bring deep melodism and dramatism. There are morin khuur by Yana Veva, violin by Gulya Naumova and cello by Natalia Nazarova. They harmoniously strung on ritual rhythms of drums and percussions by Kirill Serov. Choir «Lauda» adds ancient masculinity to the album sound, as well as an outstanding vocalist Alexander Platonov (Ensemble of ancient peasant music).
Magic sound of gusli by Olga Glazova, harps and cymbals by multi-instrumentalist Philip Barsky decorate some songs, and great vocals by Buryat singer Namgar give a special atmosphere of northern dawn to one of the songs on the album.