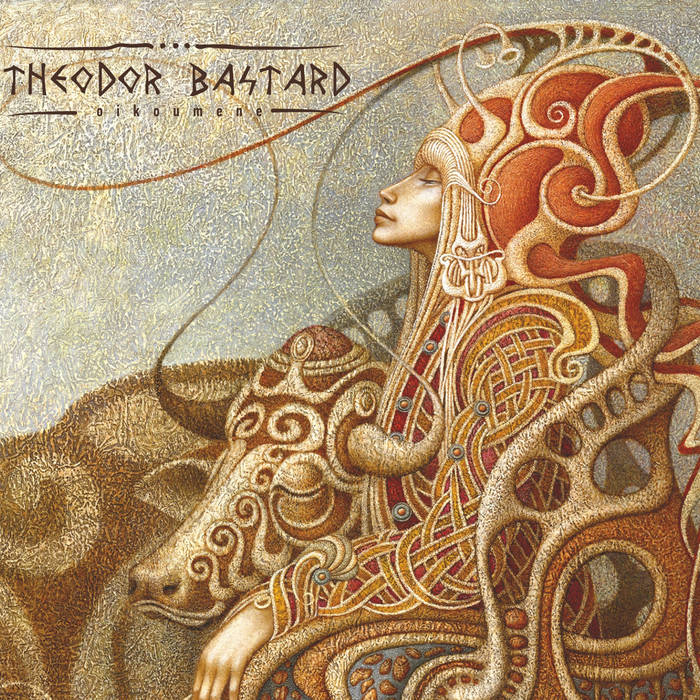 nefolk Probably the most accessible and my least favourite Theodor Bastard record so far, however the Shiva in Exile cover is a worthy tribute to Yana's other, bandcampless yet no less praiseworthy project. Favorite track: Anubis.

The musicians recorded the tracks in different cities and at several studios: in St. Petersburg ("House of 100 sounds," "Dobrolet"), England (PMA Basement Studios, Huddersfeild and Unit 13, London) and Paris (Passage A Niveaux).

"It was interesting to give up all the electronics and the tricks, and work with live material. Whole year of hard work, and what a great experience! And the cooperation with so many, really talented, musicians from all over the world still feeds me with special energy. In the beginning, of course, there were many doubts, but now I can say that everything has turned out well. And this is the best of what we have done for all time, that's for sure! "- says the frontman of the band Fedor Svolotch.

The basis for this album was laid when Yana Veva composed songs inspired with traditions and beliefs of the tribes living in far corners of the world.
She says: «These people live the wild life keeping ancient traditions. No matter what kind of nationalities we are talking. For some people they belong to myths and fairy tales, but for someone they are so real as urban jungles. And there are our roots. The roots of mankind. These islands of the Promised Land among the riot of nature. Where we came from. And if a person does not return to these surrounded by wild nature. If a man does not hear these voices from the forest, he fails to the insurmountable grief. With the new songs we broke with our eternal melancholy gloom. The closeness to nature makes a man happy. This is our album. There are almost no dark songs.»

And in conclusion a few words from Aki Nawaz (Fun-Da-Mental) about collaboration with Theodor Bastard:

"Theodor Bastard reflect the genuine art of musical expression in all its parameters, seeking sounds outside of comfort zones and dictated parameters and this runs right to the heart of Fun-Da-Mental and its own presentation. An artist has a choice to be part of breaking their own indoctrination and venturing into new zones, Theodor Bastard do this which is not only challenging but also courageous, we should be judged by what new movements we create not by been part of commercial success but the art itself and what and how it reflects on peoples journey into music."Do what you wish " were the instructions to us and thats the first and only rule of art and so we did.".