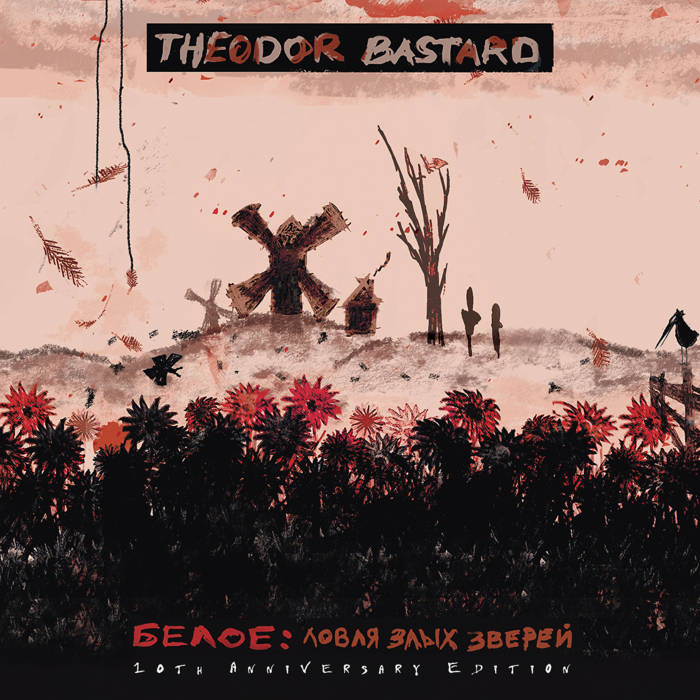 "Beloe: Hunting For Fierce Beasts (10th Anniversary Edition)" is the edited and re-mixed version of the significant album for Theodor Bastard. This version with new improved sound is dedicated to 10 year anniversary of the original album. Originally released on October 27, 2008, the album "Beloe" was accepted by critics as one of the first and important works in Russian ethno-electronics, clearly addressing to Russian folklore and at the same time sounding modern and topical. Written completely in Russian, full of Russian folk motives, this album had become a turning point in Theodor Bastard's evolution. The new edition of "Beloe" contains the best versions of songs from the both original releases of the album (Russian and Argentinian), selected by the musicians. Some compositions are published in Russia for the first time; this makes the anniversary edition especially important. Gusli had appeared among the band instruments first on this album, performed by Maria Akimova. Also many guest artists had participated in the recording: Mila Fedorova (cello), Eugene Fedotov (guitar), Elena Tishina (harp), and the band Ole Lukkoye frontman Boris Bardash sang in one of the songs. Most of the album lyrics were written by Yana Veva, the lead vocalist of Theodor Bastard. The conceptual design of the release was done by Fedor Svolotch based on his own paintings. The exibition of Fedor's paintings dedicated to the release of this album will take place in Moscow and Saint Petersburg galleries within the upcoming band's tour. Like in the first edition, the new version of the album "Beloe" has a unique design - a digipak with a big 20-page booklet is placed in a slipcase made of high-quality cardboard with a cross-like hole.